Workers attach snow plows to trucks at a New Jersey Dept. of Transportation maintenance yard, Monday, Jan. 26, 2015, in Newark, N.J. New Jersey Gov. Chris Christie declared a state of emergency saying NJ Transit will shut down late Monday as a winter storm threatens to dump as much as two feet of snow over parts of the state.MEL EVANS — AP Photo

NEW YORK — More than 35 million people along the Philadelphia-to-Boston corridor rushed to get home and settle in Monday as a fearsome storm swirled in with the potential for hurricane-force winds and 1 to 3 feet of snow that could paralyze the Northeast for days.

Snow was blowing sideways with ever-increasing intensity in New York City by midafternoon as flurries began in Boston. Forecasters said the storm would build into a blizzard, and the brunt of it would hit Monday evening and into Tuesday.

As the storm closed in, much of the region rushed to shut down. More than 5,800 flights in and out of the Northeast were canceled, and many of them may not take off again until Wednesday. Schools and businesses let out early. Government offices closed. Shoppers stocking up on food jammed supermarkets. Broadway stages went dark.

And cities mobilized snowplows and salt spreaders to deal with a dangerously windy blast that could instantly make up for what has been a largely snow-free winter in the urban Northeast.

All too aware that big snowstorms can make or break politicians, governors and mayors moved quickly to declare emergencies and order the shutdown of highways, streets and commuter railroads — perhaps for days — to prevent travelers from getting stranded and to enable plows and emergency vehicles to get through.

"It is not a regular storm," New York Mayor Bill de Blasio warned in ordering city streets closed to all but emergency vehicles beginning at 11 p.m. "What you are going to see in a few hours is something that hits very hard and very fast."

Boston was expected to get 2 to 3 feet of snow, New York 1½ to 2 feet, and Philadelphia more than a foot. The National Weather Service issued a blizzard warning for a 250-mile swath of the region, meaning heavy, blowing snow and potential whiteout conditions.

On the snowy Metro-North commuter train platform in White Plains, New York, postal worker Peter Hovey said he will be playing it safe when he has to deliver packages on Tuesday.

"If you're telling me the trains might not run tomorrow, I'm telling you this: I'm not driving," he said. "It's going to be ridiculous out there, frightening."

Many people won't be able to hit the roads even if they want to.

New York Gov. Andrew Cuomo declared a state of emergency and announced a travel ban on all Long Island roads starting at 11 p.m. The governors of Massachusetts and Connecticut similarly slapped restrictions on nonessential travel.

New York City began cutting back subway service, and commuter railroads across the Northeast announced plans to stop running in the evening. Most flights were canceled out of the region's major airports — including New York City's La Guardia and Boston's Logan — and probably won't resume until Wednesday.

Nicole Coelho, 29, a nanny from Lyndhurst, New Jersey, was preparing to pick up her charges early from school and stocking up on macaroni and cheese, frozen pizzas and milk at a supermarket. She also was ready in case of a power outage.

"I'm going to make sure to charge up my cellphone, and I have a good book I haven't gotten around to reading yet," she said.

Shopping cart gridlock descended on Fairway, the gourmet grocery on Manhattan's Upper West Side. The meat shelves were all but bare, customers shoved past each other, and outside on Broadway, the checkout line stretched for a block as the wind and snow picked up. Store employees said it was busier than Christmastime.

In yet another possible sign that people were hunkering down at home, Fresh Direct, a grocery delivery service in the Northeast, said it had seen a rise in orders for "movie-day" snacks such as microwave popcorn and chocolate chip cookies.

On Wall Street, however, the New York Stock Exchange stayed open and said it would operate normally Tuesday as well.

Coastal residents braced for a powerful storm surge and the possibility of damaging flooding and beach erosion, particularly in New Jersey and on Cape Cod in Massachusetts. Officials in New Jersey shore towns warned people to move their cars off the streets and away from the water.

Utility companies across the region put additional crews on standby to deal with anticipated power outages from high winds.

The storm posed one of the biggest tests yet for Massachusetts Gov. Charlie Baker, who has been in office for less than three weeks. He warned residents to prepare for power outages and roads that are "very hard, if not impossible, to navigate."

Wind gusts of 75 mph or more were possible for coastal areas of Massachusetts, and up to 50 mph farther inland, forecasters said.

The storm interrupted jury selection in the Boston Marathon bombing case and forced a postponement in opening statements in the murder trial of former NFL star Aaron Hernandez in Fall River, Massachusetts.

The Washington area was expecting only a couple of inches of snow. But the House postponed votes scheduled for Monday night because lawmakers were having difficulty flying back to the nation's capital after the weekend.

The Super Bowl-bound New England Patriots got out of town just in time, leaving from Logan Airport around midday for Phoenix, where the temperature will reach the high 60s.

Idaho Statesman is pleased to provide this opportunity to share information, experiences and observations about what's in the news. Some of the comments may be reprinted elsewhere in the site or in the newspaper. We encourage lively, open debate on the issues of the day, and ask that you refrain from profanity, hate speech, personal comments and remarks that are off point. Thank you for taking the time to offer your thoughts. 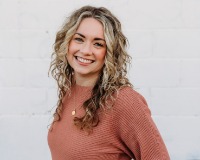 Want to Advertise on this Site?

In just a few seconds, you will be searching just like a Realtor®

About Realty One Centre of Boise

Brent Dildine has over 20 years experience in the Boise area real estate market. He works with both buyers and sellers, specializing in residential re-sale properties, and new construction. His extensive knowledge of the Greater Boise area, as well as many professional relationships with lenders, builders, title companies, and developers makes Brent Dildine your best source for your real estate needs!

Can You Buy A Home Virtually

Ouch Three Times You Can Kiss Your Earnest Money Goodbye

"Very pleased with the professionalism and response time to get back to me. Treats people like they are his family. Gets results. Truthful. Highly recommend!"

This is a list of your favorite properties. We will email you if a property is reduced or leaves the market.

This message will go directly to the head of our team.